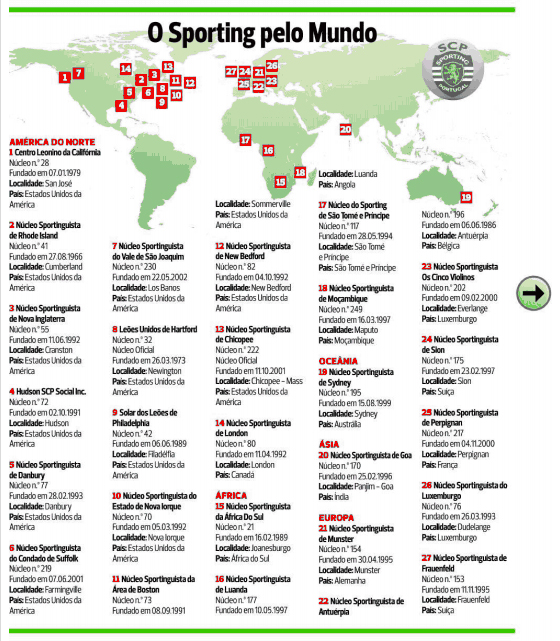 After missing out on European qualification for only the second time in their history last season, Sporting Clube de Portugal appear to be back on track.

Sporting went into the international break on the back of Saturday’s 4-0 home victory against Vitória FC, which leaves them second in the Portuguese Liga, two points shy of FC Porto. Unbeaten in their first seven fixtures, Sporting have benefitted enormously from the presence of Colombia striker Fredy Montero, who has scored nine league goals already this term.

It is a far cry from finishing 2012/13 in an all-time low of seventh position in the top flight. That prompted widespread changes at the Lisbon outfit, with Leonardo Jardim appointed coach with a renewed focus on developing home-grown talent. Indeed the Lions’ starting XI against Setúbal included six products from an academy which produced the likes of Luís Figo, Cristiano Ronaldo and Nani.

However, it is Montero who has shone brightest since arriving on loan from Seattle Sounders FC. “The team is going through a good period,” said the 26-year-old, who hit a hat-trick on his debut against FC Arouca in August. “Personally speaking, I am working to get to a good level and fortunately I have been scoring round after round.”

Former SC Braga and Olympiacos FC boss Jardim is understandably delighted with the displays of Montero, who leads the Liga scoring chart in his first campaign in Europe. “He is a player with a great capacity to score goals, who also plays his part in creating chances and puts pressure on opposition defenders,” said the Venezuelan. “I am delighted with his ambition and the highly professional way he has worked since his arrival.”

Sporting’s next Liga assignment is a 27 October trip to the Estádio do Dragão to face the leaders. “We have three weeks until that game and first we have the Portuguese Cup,” said Jardim. “We can’t get ahead of ourselves. We can only promise to give our best in every game and play the best football possible. Our ambition is to win every match, but we cannot forget what our mission is. Porto and Benfica made big investments this summer, so we should not delude ourselves. We are here to work, promote new players and help the club develop.”

Even so, with Sporting enjoying their best start in years and Montero eclipsing the early records of legendary Sporting strikers such as Hector Yazalde, Manuel Fernandes, Alberto Acosta, Mário Jardel and Liedson, supporters are beginning to believe again.

O Cacifo do Paulinho
Create a free website or blog at WordPress.com.
A carregar comentários...